Personality is not Character

This phrase isn’t original to me, but I’m certainly not above stealing it.  And with the election season careening toward us at a breakneck pace, I thought it was worth mentioning.

Personality IS NOT the same thing as character.

We’re being inundated on the news with politicians who are just plumb full of personality.  Some are funny, some are abrasive, some just seem to say whatever will make headlines (no matter how absurd).

And from the current poll numbers it looks like the people with the most personality are in the lead. 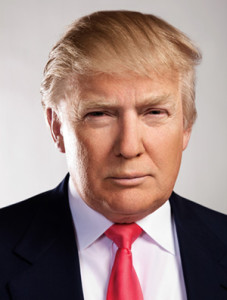 Take Donald Trump for example.  He’s currently leading the Republican polls, and by a good margin.  I know what he said about illegals.  I know that he gave out Lindsey Graham’s phone number.  I heard about Trump betting a reporter a year’s salary for some disagreement they had.  I know that when criticized, The Donald said that the criticizer couldn’t afford a nice pair of pants.

What I know is that Donald Trump has a lot of personality.  But he’s leading the Republican polls and is always in the news and I don’t know anything about his character.  I don’t know where he stands on any issues that matter to me  (I know what he thinks about illegal immigrants, but I have no idea what he actually plans to DO to fix our immigration policy).

What scares me is that I don’t think that many of the voters in our country understand the difference.

I’m tired of hearing about somebody’s personality.  I wanna hear about the kind of person that they really are.

I wanna know something of substance.  I wanna know what you think, why you think it, and what–specifically–you plan to do about it.

Don’t give me a sound bite, give me a look at your character.