If I ever make “I’mAGiver” bumper stickers, this guy is getting one of the first.

After a terrorist killed six members of our military in Chattanooga last week, America is in an uproar about our servicemen not being armed to protect themselves.

But rather than being a drive-by person, there are some people in this country working to DO something to keep our servicemen safe.

I’d like to introduce you to my friend Scott.

Scott has started going to his local military recruiting center to stand guard.  He stops by and lets the recruiters know that he’s there and then just walks the sidewalk, keeping an eye out for trouble. 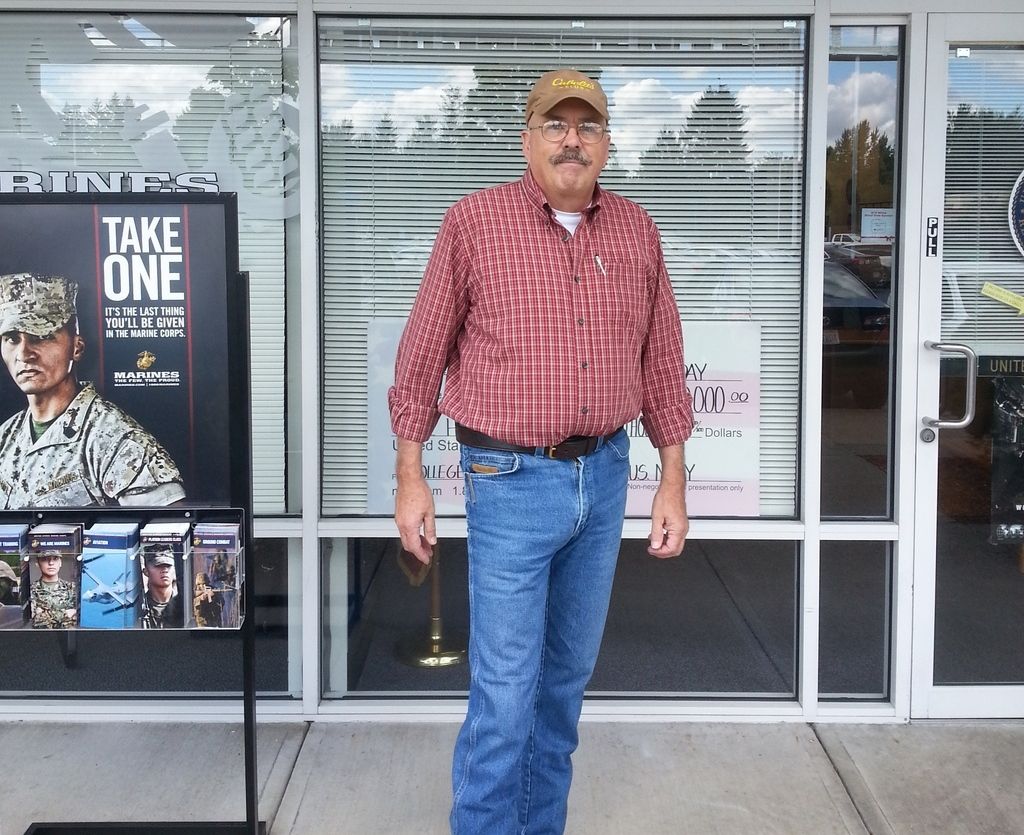 You can’t tell from the picture, and you can’t tell in person, but Scott is armed.  He’s a responsible gun owner who is abiding by all of the laws that apply to a person carrying a concealed handgun.  When Scott realized that there was something he could do to help protect those who needed it, he strapped on his gun and took initiative.

There are those who’ve questioned Scott’s actions.  They ask what Scott could really do in the face of a drive-by shooter.  Honestly, if a terrorist decided to ambush Scott and the recruiters there, it might not make much of a difference if every one of them were armed.  Since the bad guys don’t play according to rules and laws and moral standards, they often have the upper hand in a fight.  So the answer, I think, is that maybe Scott can’t do anything to stop a terrorist.

And that answer is what makes what Scott is doing so profound.  Scoffers have suggested that Scott hide in his truck across the parking lot, watching for bad guys from afar.  Scoffers have ridiculed Scott for not being more “tactical” in the way he dresses and for not arming himself with a bigger weapon.

What Scott is doing is letting everyone know, through his actions instead of his words, that he isn’t scared of a terrorist attack.  Scott isn’t heavily armed and he isn’t protected with a bullet proof vest.  But he is putting the terrorist world on notice that in America…to kill one of us, you’ll have to kill all of us.  We won’t stand by and wait on the government to change a policy before we make ourselves safe.  We won’t simply “close the blinds” and hope for the best.

We’ll stand up for ourselves, and each other, even if that means that a regular guy in jeans and boots puts himself between a bullet and his fellow American.

I believe that if an attack came, Scott would certainly be able to step into the fight and make a great showing for himself and the rest of our country.  But even if that fight never comes, he’s still won.  He’s won a victory for those servicemen in the office who aren’t allowed to protect themselves, who now know just how much they’re appreciated.  He’s won a victory for the rest of us too, showing how we can avoid being drive-by people and what a difference we can make-one little bit at a time.

As more and more Americans start taking the initiative to protect themselves and those around them, critics in politics and the media are sure to abound.  But when I see a regular guy, in regular guy clothes, taking time out of his day to do what he thinks is right at great cost and potential sacrifice to himself I can’t help but think of Theodore Roosevelt’s words on critics….

“It is not the critic who counts; not the man who points out how the strong man stumbles, or where the doer of deeds could have done them better. The credit belongs to the man who is actually in the arena, whose face is marred by dust and sweat and blood; who strives valiantly; who errs, who comes short again and again, because there is no effort without error and shortcoming; but who does actually strive to do the deeds; who knows great enthusiasms, the great devotions; who spends himself in a worthy cause; who at the best knows in the end the triumph of high achievement, and who at the worst, if he fails, at least fails while daring greatly, so that his place shall never be with those cold and timid souls who neither know victory nor defeat.”

What the critics don’t realize is that if our military fails in their fight against evil, if a gun owner fails in the protection of his family, if Scott fails in his watch over that single recruiting office…..It won’t be because they were weak or their cause was untrue or their intentions were misguided.  It will be because they were willing to dare greatly, when no one else would.

Scott is a giver.  And I’m proud to know him.