Maybe everybody SHOULD get a trophy…

First—Kids getting participation trophies isn’t anything new.  I got one nearly thirty years ago.  So why on earth are all these 30-something year old parents acting all shocked that it’s happening now?

Second—Isn’t it more than a little hypocritical of grown-ups today freaking out about participation trophies?  Let’s look at how adult sports handle things like this…. 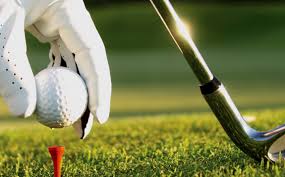 The PGA has a men’s tour, men’s senior tour, women’s tour and women’s senior tour.  (I’m wearing my shocked and appalled face right now)  What’s up with this?  Why not throw all the golfers in the world together and let the chips fall where they may?  Or is it OK to give a trophy to someone who can’t be the very best?  Apparently so.  What about the forward tees and handicaps in golf?  The adults who suck at golf need a head start on the other guys?  Why yes, as a matter of fact they do. 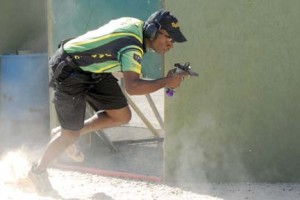 I shoot competitively and the same thing happens there.  And every time I register for a match I have to use the little clicky boxes to designate myself as male or female, senior or not, law enforcement or not, military or not, and what division I’m currently ranked in according to my own ability.  It’s gotten so bad that a shooter could potentially receive recognition as the best male shooter, over the age of 60, who’s shooting a particular model of gun, carrying a specified number of bullets, loaded to a specified speed, who’s also a cop, who’s currently ranked among his peers in one of six different divisions based on skill level…….Well whoopittystinkindoo!!!!!  But you know what?  Take away any one of those unique qualifications that make those adults feel better about their poor shooting and they’ll all start crying “no fair”.

Then there’s the women’s NBA and men’s and women’s divisions at the Olympics (the WHOLE WORLD is in on this trophies for everybody scandal, apparently).  And don’t even get me started on tennis…..Did you know that tennis has not only senior divisions, but “young senior” divisions?  What does that even mean? 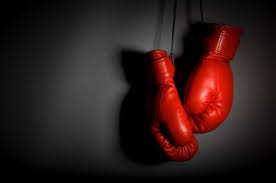 Boxing and mixed martial arts are divided by weight classes, and rightfully so.  Is anyone telling the lightweight champion of the world that he shouldn’t get a trophy because he didn’t beat up the guy who outweighs him by fifty pounds?

It sure looks to me like adults (ironically, especially older adults by looking at all of the senior categories out there) like to get special trophies even when they’re not the best.

When all of these adults who are griping about participation trophies were in college, did they turn down a test score where the curve gave them a few extra points?  Did they demand that only the smartest students be given a diploma?

What if their kids were offered a free college education on an athletic scholarship….to a Division 2 school?  Are they gonna turn down a free education for their kids (and the financial benefits that offers them, the parents) because they don’t want their kids getting a trophy if they’re not “the best”?  I even know a guy who took a scholarship at a D2 school and now gripes constantly about kids getting participation trophies in sports.  The irony is priceless.

Let me repeat this because it’s worth repeating…..Adults in competitive sports today DEMAND special divisions, head starts and happily receive trophies that lack any foundation on their own ability or merit.

I’ll go ahead and address something real quick that I’m sure is going to come up.  All those college scholarships at D2 schools are hard to get, the players still have to be really good to get them.  And that’s true.  But it’s also true that for some kids just mustering up the courage to step onto the field and try something new, that they’re obviously not good at, where they obviously don’t fit in, is a pretty big deal.  So is rewarding the effort those kids put forth, even though they weren’t the best, all that different than a scholarship for older kids who put forth a lot of effort but weren’t the very best?

I could probably take all of this “only winners should get trophies” business a lot more seriously if it only came from adults with national championship rings on their fingers.  But it doesn’t, that I’ve seen.  It almost always come from adults who are either (1) Bitter because when they sucked at little league baseball they didn’t get a trophy, so why should anyone else…. or (2) Adults who haven’t really thought about what they’re saying and are just parroting the latest gripe-fad to grab their attention.

And let’s acknowledge what it is.  It’s a participation trophy.  The kids aren’t being told that they WON.  They’re being told that they lost, but that they should be proud of their efforts and that their coaches and parents are proud of them too.  And that’s what we’re revolting against?  (I’m sure that your neighbor told you about their sister’s friend whose kid’s soccer league didn’t keep score.  Sure—Anything can happen in hippie infested portions of our great nation.  But that’s not the norm so let’s not pretend that it is or act like an argument based on the exception is reasonable.)

I’ll go ahead and make it personal, that’s what these blog things are all about anyway—right?  I suck at sports.  I’m uncoordinated, slow and don’t have the people skills to function well in a team environment.  But anyone who’s ever had to watch me try and play basketball already knows this.  I can dribble, I can shoot, I can walk and run—But you’ll be sorely disappointed if you ask me to do any two of those at the same time.  I played some sports as a kid and it was awful.  I was mortified every time the ball  came near me.  A ball of any sort…baseball, football, soccerball, basketball…you name it, I was terrified of it.  And it was embarrassing to be so bad, so I just quit playing.

I don’t think my time in youth sports molded my personality, I think my personality dictated how short lived my athletic career was.  But where would the world be if everyone else was as big of a chicken as me?  I’ll never, ever, be the guy who starts his own business because I’d be too scared of it not succeeding.  I’ll never, ever, be the guy who invents the next wonder-widget because after about three failed attempts I’d just give up. 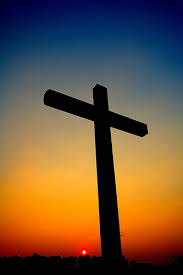 Since I’ve beared (born?) (bornded?) my soul to y’all, I’m going to take the liberty of a soapbox sidebar for a minute.  How does all this translate to our faith?  If we are going to tell our kids that they’re not good enough unless they’re the best or that they don’t deserve any recognition unless they’re in first place,  how are they supposed to view God?  Our children should learn what to expect from God by how we treat them.  And as I’ve said before, we’ve got an epidemic in our country of kids that walk around in a constant state of feeling like they’re not good enough for God and that’s holding them back from obeying the gospel.

Is our message to our kids that no matter how hard they try at something as simple as 6U soccer they don’t deserve a plastic trophy, but that they can expect patience and forgiveness from God when they aren’t able to perfectly follow Him?

← Read Your Kids’ Books
The hardest stupid decisions we make. →