I silently stalked my prey.  Moving slowly, fluidly, so as to not attract attention to myself or reveal my motives.  I could feel the tension building up through my shoulders and I flicked my fingers to keep them flexible for the technical maneuver I was about to execute.  Just as I was about to make my move my prey leapt away from me squealing, “Oh no you don’t Eric!  You’re not gonna critter catch me!”  And thus Megan eluded me yet again.

My blushing bride knew just how effective I could be at critter catching because of a brave and daring rescue of two raccoons several months ago.

You see, I found two raccoons trapped in a nearly empty trash dumpster one night. The construction site had been empty for several days so there’s no telling how long the little boogers had been stuck in there. Being the kind, compassionate kinda fella I am I grabbed some boards and made them a little ramp to get out of the dumpster and then back down to the ground.

I gave them some space and waited a while then came back to check on them. Evidently the raccoons weren’t as impressed with my ramp as I was and they were still sitting there looking as pitiful as ever.

So what’s a guy to do? I’ve already committed to helping the dumb animals and I’ve got some time to kill….

As I unhooked the door of the dumpster and swung it open I wondered if rabies shots were as painful as I’d heard and if the Great Raccoon Rescue would be something that I’d live to laugh about, or if the raccoons would simply chew on my leg until a poorly aimed shot fired in self defense would ricochet off of the dumpster and kill me dead.

Raccoon #1 was game for a little tussle until I gave him a little kick and good old geetonouttaheeyah. When he saw the open door he made tracks for freedom, just leaving me with #2.

#2 was a bashful kinda raccoon and he started burrowing into what I’m pretty sure was either an old above ground swimming pool or the biggest water bed in the world. #2 used the classic “if I can’t see you then you can’t see me technique” and didn’t go too far.

Well if he’s not coming out, I’m gonna have to drag him out. Knowing that if I got attacked by this rabid beast no one would ever believe how bravely I withstood his wrath I propped my phone up and starting recording before the melee began.

By the time I got back into the dumpster the little critter was headed for deeper cover. Now I know that digging a raccoon out of an old swimming pool isn’t exactly sorting out wounded leopards in the tall grass, but at least in the tall grass you’re pretty sure you’re not gonna find a dead hobo wrapped up in a piece of plastic. Finding dead hobos can ruin your day.

Anyway Raccoon#2 wedges himself somewhere in the folds of the rubber and I start dragging it out to find him. I hear him a few times, see him moving under it a few times and even step on him once, but can’t get the dawg-gone swimming pool unravelled enough to actually get to him. He finally pops out and starts running again and I make a grab for his tail.

Now I’ve got a handful of raccoon tail and am wondering exactly how my plan could go so right, but turn out so wrong.

Mr. Democrat Raccoon (that’s what I named him because he was so ungrateful and angry) started trying to claw and bite me and my East Texas childhood training kicked in and I started to swing him. I learned this trick from an old man when I was just about eleven years old and I could hear his voice just as clear after all those years, “Now ef ya git ah coon and he’s still alive, yeh jes gotta swang em see? Ya jes swang em bah thar tail til ya git em ter a tree an then ya jes knock em in the head. Rat thar on thu tree.”

Now I had no intentions of knocking this raccoon’s little masked head against a tree, especially after I had invested so much time in rescuing him.  That was until the democrat raccoon turned and tried to bite my hand off. 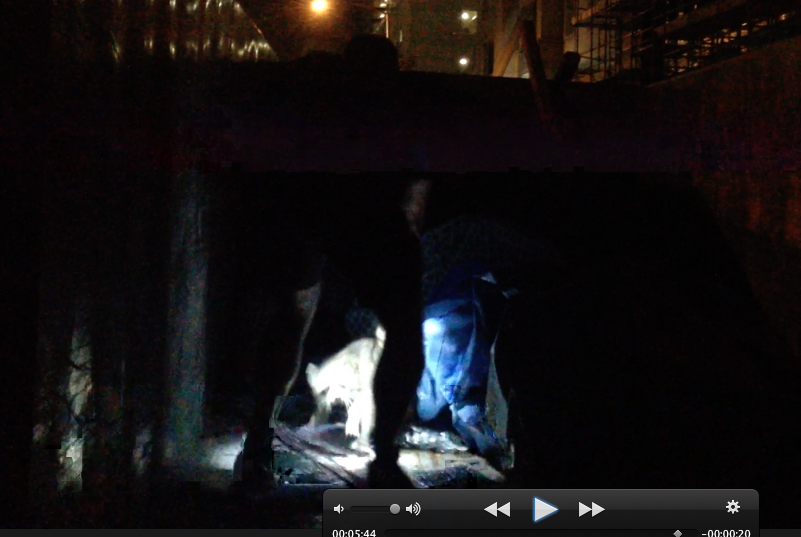 And even though I wasn’t planning on knocking his head into anything, it’s important to note that the ONLY way to keep a raccoon from biting your hand off with their little rabid teeth is to start swinging them.  As long as they’re in motion they can’t flip around to bite you.

So up into the air went Mr. Democrat Raccoon. 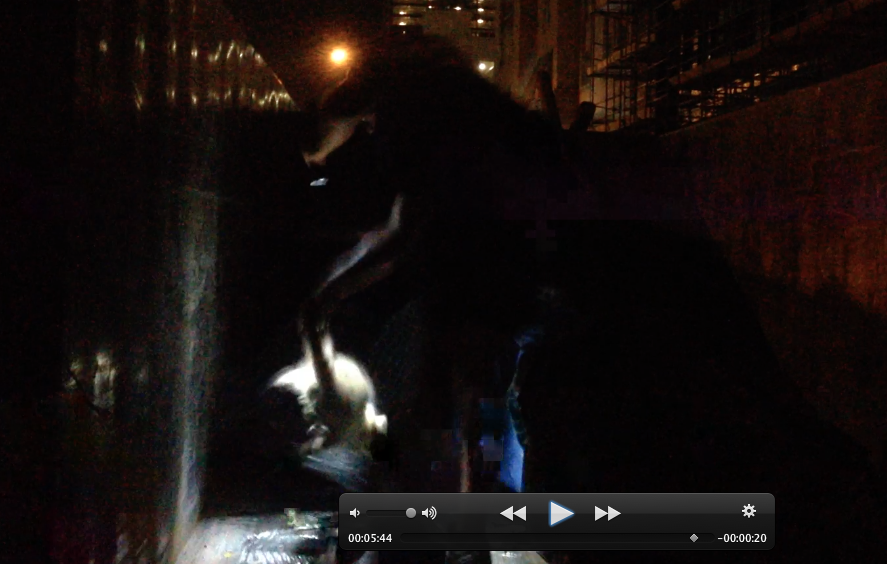 Like I said, I had no desire to hurt the poor little critter, but once you’ve critter caught an angry raccoon you’re pretty much committed to do something.

So I did a little dance to get some elbow room, kept up the swing and gave the ungrateful little beast a good flip to freedom. 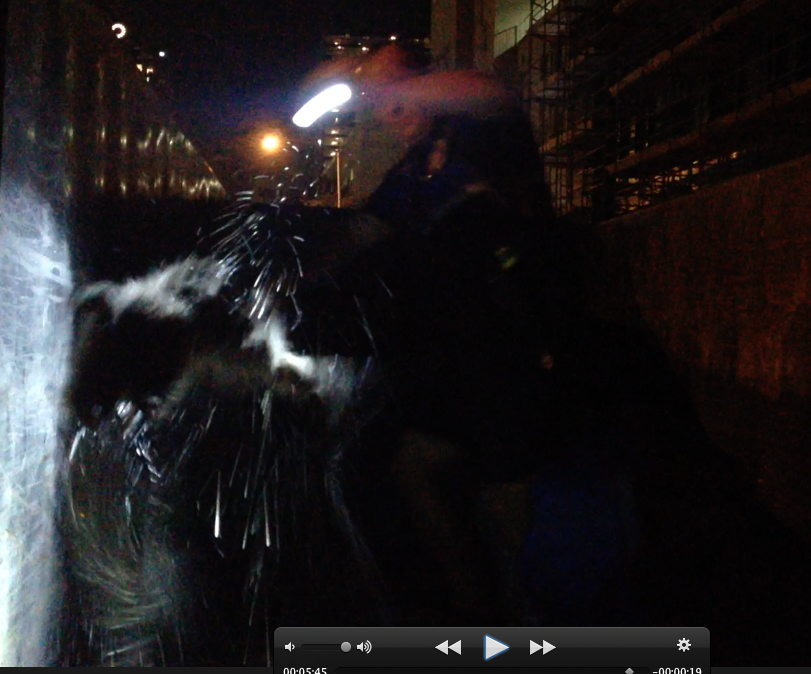 Mr. Democrat Raccoon hit the ground running and was shifting into top gear running down the street the last time I saw him.

So what does all of this have to do with Megan?

Let’s suppose you’re wanting a little smooch from your lady friend but she’s busy doing her hair or buttering the biscuits.  You think she’s gonna have time for some smooching?  No, of course not.  She’s a busy woman.  That’s why you’ve gotta critter catch her.

Critter catching a pretty girl isn’t all that different from critter catching an actual critter.  You’ve gotta be sneaky.  If she sees you coming she’ll warn you away from her and then all bets are off.  Critter catching a girl after she’s given you an “oh no you don’t” is never a good idea.  Trust me on that.

And you’ve gotta be quick.  Sometimes you can be a little deceptive on your initial approach.  Your bride is fixing her hair (obviously looking at a mirror)….how easy is it gonna be do sneak up on her?  Nearly impossible.  That’s when I prefer to use a decoy move like “hey, can I get that (pointing at some random object on the counter)?” and as you reach around her……BAM….critter caught.  There’s no getting away from that.

And you’ve gotta commit.  Once you’ve initiated the critter catch you dang well better follow through on it.  Suppose you go for a classic two-hand-grab-her-sides-just-above-the-hip and then hesitate at the last minute?  You know what happens then?  I’ll tell ya what happens then….She sees you coming and dodges your move, leaving you with nothing but a handful of shirt that she’s pulling away from.  And you know what happens then?  Well you’ve just wrinkled her shirt.  Way to go sissy man, now she’s DEFINITELY not in a smooching kind of mood.

The only real difference in critter catching a critter and a beautiful girl is the swinging motion at the end.  Guys, if you critter catch a girl and she turns to bite you….just take the bite.  DO NOT, under any circumstances, try to swing her around by her “tail” to avoid getting bitten.  Because sooner or later you’re gonna have to stop swinging and boy howdy will it get ugly then.  Just take the initial bite guys, it’s waaaaay better than the alternative.

I hope these basic critter catching tips will be useful to you.  With a little practice, your special lady friends will never again escape you giving them a little smooch again.

← Don’t let your phone commit cellucide!
I’m going to give my kids an unfair advantage →