So what does an effective gun control plan look like? 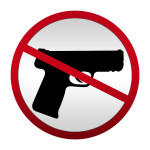 Everyone is clamoring again for gun control to end all of this senseless violence.  So let’s see what kind of plan we’d actually need to accomplish that goal.

First, we’d need to restrict guns that are used for bad things.  These are commonly referred to as “military” guns or “assault” guns……Wouldn’t that keep people safer?

So if we can’t use their media-assigned names, how are we supposed to know what kind of guns are used for bad things?  Well, we can’t.  Because depending on which side of the argument you agree with the answer is either….

Since those who want “more effective” gun control legislation can’t determine which guns will do bad things, the only possible answer that makes sense to them is to ban them all.

But maybe we could classify guns based how many bullets they hold…..Wouldn’t that keep people safer?

I’ll admit, at first blush this makes sense.  I mean, it’s not actually guns that kill people….It’s the bullets.  And if a gun doesn’t hold very many bullets, it can’t kill very many people!  Less bullets = Less danger.  Problem solved.

If you can’t keep people from putting more bullets into bad guns that already exist and hold a bunch of bullets….The only possible answer that makes any sense is to ban them all.

In case you haven’t noticed, there’s a theme so far that these bad guns need someone’s help to do their bad things.

So maybe we should just restrict who can buy those bad guns…..Wouldn’t that keep people safer?

I think it would.  If we can just keep bad people from buying all of those bad guns, we’d be safer.  So let’s do that.  Let’s pass a law that says bad or crazy people can’t buy guns.

Good news!!!!!!  We’ve already got that law!!!!!  In order to buy a gun from a gun dealer you have to pass a background check, so that should take care of everything.  Except that it doesn’t.  Because people who shouldn’t have guns, who want guns, will always find a way to get them.  They’ll steal them from good people, they’ll lie about who they are, they’ll just walk into the home of family members and take them.  All of those things have happened to let bad people get guns.

Completely restricting crazy or bad people from getting a gun would be like trying to restrict them from being around people, only harder.  So the only possible answer that makes any sense is to ban them all.

Let that sink in for a minute.