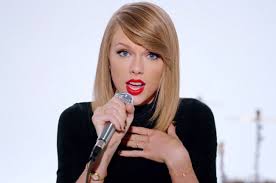 Have you ever felt like no matter what you did, there were going to be a long line of people waiting to find something wrong with you?  Of course you have, that’s why Taylor’s song was so popular…People identified with it.

I don’t know that I have the right answer on how to deal with people who are always hating on you.  I have an answer, I just don’t know if it’s the right one.  My answer is to just ignore them.  But dismissing people who I think are stupid and ignoring them comes naturally to me and isn’t as easy for some other folks.  And although ignoring haters is highly effective at keeping them from bothering you, it might not be the best answer for every situation.  For example, maybe those people are hating on you for good reason, in which case some introspection would be useful.

So I don’t know what the right answer is, or even if an answer exists to help with every lose / lose situation we find ourselves in.

But I do know that there are at least two things that it would be good to keep in mind when faced with those lose / lose situations.

1-Remember that Taylor’s observation is true.

And when you just accept the fact that some people will find fault with you no matter what you do, you won’t waste so much time and energy trying to please them.

2-Remember that even if you were perfect, you’d still have the same problem.

In Matthew 11 Jesus describes the situation that He faced.  When John the Baptist lived in the desert and ate bugs, everyone thought he was crazy.  But when Jesus came and lived like a normal person, associating with normal people, He was criticized for that too.

I think that most of the time our frustration isn’t with other people finding fault with us.  Our frustration comes when we try over and over again to please those haters and keep failing.

But for crying out loud….Even Jesus had the same problem.  If we remember that He could be perfect and have people find a reason to gripe about Him, then we’ll stop wasting so much of our lives trying to be perfect.  Because even being perfect won’t do us any good anyway.