First, it was a dude who thought he was a chick.  Then it was a white girl that pretended to be black.  So none of us should be surprised about a cat getting an award for being a heroic dog.

And that’s what happened in Los Angeles this year.  A cat saved her owner from a dog attack in Bakersfield….by jumping on the dog’s face and chasing him away!

So when the local annual “heroic dog” trophy was awarded they had a trophy made with “dog” scratched out and “cat” etched in above it. 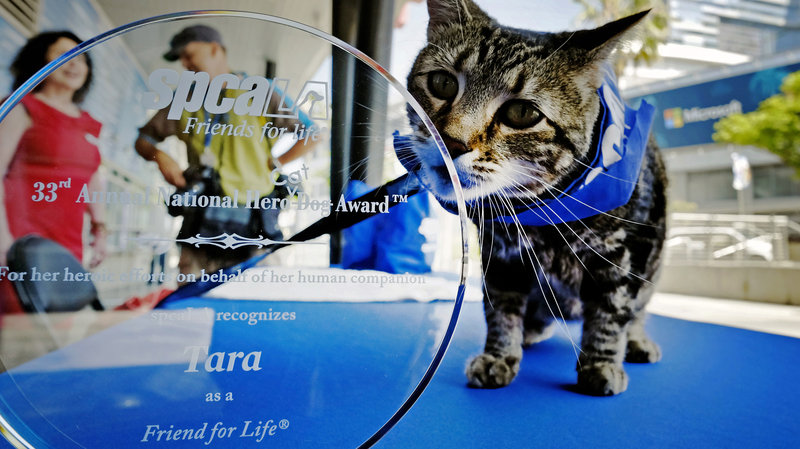 Congratulations to Tara the heroic cat-dog.  This is the least bizarre story of misidentification we’ve heard all summer.

← Tomorrowland
To Get I’mAGiver Updates →