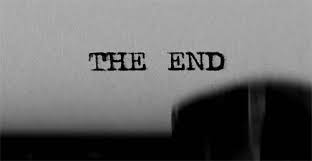 I’d like to spend the week talking about suicide.  Specifically, what a Christian’s response should be when confronted with questions about suicide-whether from their own hearts or from someone else who is struggling with them.

I’d like to organize the posts along these lines (I’ll add links to this list as new posts are added)….

Why worldly answers to the problem

The statement most often given in regards to suicide goes something like this…..  “Suicide is the most selfish thing someone can ever do.”  “Only a selfish person would every do something like that.”

But is that statement always true?  And if it is, does the statement that “suicide is selfish” really do anything to solve the problems surrounding suicide?

Well, it can be true.  Sometimes people commit suicide out of anger and to intentionally inflict pain on others.  I’ve seen it happen and it’s a terribly, ugly, incredibly selfish thing to do.

But that’s not always the reason for suicide.

Whether or not someone who commits suicide is selfish or not really depends on perspective….are you looking through your eyes, or the person who committed the act?

If you believe that your family, friends and even the world will be better off without you, then your perspective will differ from that of your family who loves you and would never want you to leave them.

Imagine for a minute the parent of a diabetic child who tells them,  “You can’t have my dessert.”  The child sees it as selfish, but the parent sees it as a loving act.  And in the same way, the suicidal person sees what they’re doing as the best thing for those they love, because of their skewed perspective.

And the vast majority of the time suicide is the result of someone who feels worthless.  They feel like they have nothing to offer the world, and that their friends and family would be better off without them.

A suicidal person sees their act as selfless, giving up their own future for the well being of those they care about.

Let me be clear….I AM NOT saying that suicide is OK, or a good thing, or should ever be an option to consider.  What I’m saying is that shouting “Suicide is selfish” does NOTHING to help change the heart of a suicidal person.

If our #1 objection to suicide is the worldly statement “don’t do selfish things”, we aren’t making a compelling argument to those people who don’t see their suicide as selfish.

Rather, our objection should be a spiritual one that murder is wrong and an emphasis on God’s love for us and our need to put our faith in Him.

I believe we need a better objection to suicide than a statement that is worldy, and likely to do more harm than good.  Think about that for a minute…..  If someone is contemplating suicide because they feel worthless to the world, how are we helping them by looking them in the eye and saying, “Oh and by the way, you’re also selfish.”?

It’s a worldly non-answer to a spiritual problem, and likely only makes a bad situation worse.  And over the course of the week I’d like to discuss what I think is wrong with how Christians are currently confronting the problem of suicide and how we can do a better job at it.

To be sure that you get notified of the rest of this series you can subscribe to I’mAGiver’s Facebook page on the right or sign up for email notifications in the box at the top right of your screen.

← What We Say
Suicide–Why we need better spiritual answers to suicide. →