Should we “go to church” without emotion?

Should we “go to church” without emotion, when we’re feeling apathetic toward worshipping Him? 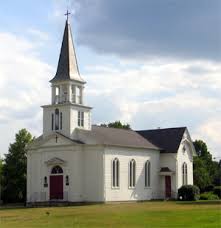 There seems to be a trend in the world, and among Christians, to think that we should only obey God or “go to church” when we are really “feeling it”.  After all, if our heart isn’t in to our worship service, does it really do any good?  We’ve even started justifying our inactivity by saying things like, “If I go right now, I won’t MEAN it.  And I don’t want to be a hypocrite, so I’ll just stay home.”

My answer is that YES….Even when we’re not “feeling it”, when we’re apathetic toward God’s commands, we should still make the effort to obey them.  Let me clarify that answer, and the rest of this post, by saying two things…

And in that sense, in the short-term, I believe that we should absolutely obey God–even without emotion.

I think Jonah is a good example of this…..Jonah didn’t WANT to obey God and go to Ninevah, so he fled to Tarshish.  Then he was swallowed by a great fish and spent three days in its belly.  THEN Jonah cried out to God and was vomited out on dry land.  But even as Jonah spent days preaching fervently to Ninevah, he didn’t WANT to.  We can see this in chapter four of Jonah when he is angry that the people of Ninevah repented.  Jonah didn’t ever WANT to serve God in Ninevah, but he did.

And just like Jonah, when we obey God without emotion…when we’re not “feeling it”…we accomplish several things.

If we’re honest with ourselves we’ll see that if we only obey God when we are really feeling like it, we’re really not obeying Him at all……We’re just doing whatever WE want to do.  And I think that’s ultimately what “going to church” without emotion is about.  We have an option to open a door and let God in or shut that door and just wallow in our own emotions.  So we should be opening that door and letting Him.

By forcing ourselves to do what we don’t want to do, by denying ourselves for the sake of God, we allow God into our hearts (where we need Him the most).