The media coverage of Colin Kaepernick’s interview, even by the “right wing” media outlets, has been absolutely abysmal.  The real story isn’t about standing for the national anthem or police brutality.

The real story is America’s completely distorted view of “freedom”.

People of color have been targeted by police. So that’s a large part of it and they’re government officials. They are put in place by the government. So that’s something that this country has to change. There’s things we can do to hold them more accountable. Make those standards higher. You have people that practice law and are lawyers and go to school for eight years, but you can become a cop in six months and don’t have to have the same amount of training as a cosmetologist. That’s insane. Someone that’s holding a curling iron has more education and more training than people that have a gun and are going out on the street to protect us.
–Colin Kaepernick

You’re right, Colin.  I do think it’s insane that a cop receives six months of training, a lawyer goes to school for eight years and a cosmetologist learns their craft somewhere in between the two.  But I don’t think it’s insane for the same reason you do.

Do you want to talk about freedom Colin?  A conversation about freedom doesn’t begin talks about “police brutality”.  (Which constitute 1% of the murders of black people in America.  Black people are responsible for 97%…., but that’s not the point here.)

What about you, America….Do you want to talk about freedom?  Because a conversation about freedom doesn’t begin with Colin’s right to sit or stand during the national anthem.

In fact, Colin may be the only one who really sees what’s wrong with “freedom” in our country.  He’s just too stupid to know that he’s got it all figured out. 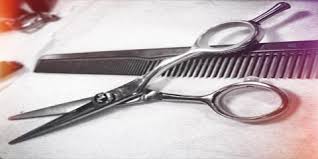 In my home state of Texas you have to attend 1,500 hours of training to become a licensed cosmetologist……And that’s where our conversation about “freedom” needs to begin.

In fact, until June 8, 2015 you had to have a license in Texas to braid hair.  Let that sink in for a minute.  In the Land Of The Free, the home of the Alamo and the Come-And-Take-It cannon, we actually regulate who you can pay to braid your hair.

The sad part is that nobody even noticed.

With all the chest thumping about freedom and ‘Murica, it never bothered anyone that our country is so ridden with nonsensical laws that people spend 8 years in school to be able to practice law.  In a land of “freedom”?

The notion that you’d need to be licensed to cut someone’s hair should be offensive, on a personal level, to everyone in this country.

We’ve gone so far down the rabbit hole of government intrusion into our lives that we don’t even bat an eye at “licensed hair braiding”.

It’s time for freedom loving Americans, the people who really want this country to make a turn for the better, to start conversations about freedom. It’s time to start educating the people we meet about what real freedom looks like.  And we can start with the absurd notion of cosmetology licenses.