How To Honor The Harris County Deputy 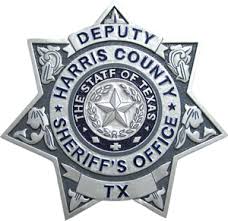 Yesterday Harris County Deputy Darren Goforth was buried.  If you want to honor him more than just liking a Facebook post, this is how to do it.

For nearly seven years we’ve had a president that has interjected himself into every law enforcement situation imaginable.  Sometimes he didn’t have any idea what happened and sometimes he knew exactly what happened, but was too stupid know what side of the issue to stand with.  The president who had the greatest chance of bringing the different races of our country together has done nothing but divide them.  And while I don’t doubt that Obama’s hypothetical son would have been a criminal, I don’t see how that’s something that the leader of the free world should brag about.

From illegal immigrants to drug dealers, arsonists and robbers–Obama has not only attempted to justify the behavior of criminal thugs, he has legitimized and even celebrated their crimes.  And all of that comes as a slap in the face to those who are willing to give up their lives to try to put those criminals in jail.

So when politicians start acting the fool and pandering to the least common denominator in society to get elected….Vote against them.

If you don’t carry a gun, start right now.  Because I really believe that police officers in our country are going to be facing more of these random attacks in the near future.  And somebody is going to witness them.  And when that somebody witnesses a cop being ambushed, they need to shoot the bad guy in the face.  Nothing says “I’m sorry you were ambushed” like “I just shot the guy that ambushed you”.

It’s about time that the criminal trash in our country gets put back in line.  And for some of them, like the criminal who murdered Deputy Goforth, the only language they understand is violence.

Realize that cops are human.

Start speaking out against the idiots in our country.

When thugs set a town on fire and destroy the lives of small business owners to protest the latest thing they were told to be upset about….It’s time to call them out as the criminal thugs that they are.

And when people call for a revolution that involves murdering police officers, widowing their wives and orphaning their children…..It’s time that we call those people out as the race-baiting, hate filled monsters that they are.

← Fishermen are just like the Devil.
Monday Funday–My Trip To The STD Clinic →

2 Comments on “How To Honor The Harris County Deputy”