Don’t blame me.  Yesterday at a town hall forum in Louisiana you said that the greatest regret of your Presidency was that politics has become more contentious since you took office. 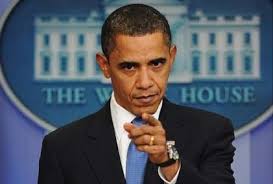 Then you went on to blame American voters for that…..We don’t demand enough from our elected officials, that we’re not involved enough, and that we aren’t willing to work together.

Well Mr. President, all of those things are actually true.  But they’re not the reason for how contentious politics has become during your tenure.

We’ve tried to demand more from our elected officials.  But then the Secretary of State let Americans die in Benghazi, Libya, lied to us about why they died, and then wondered aloud why we even cared.  At the highest levels of government YOUR administration has failed us and YOU never held them accountable.

We’ve tried to get more involved in politics.  But when our political views differ from your views, we’ve become the targets of the Internal Revenue Service.  Lois Lerner exercised her 5th Amendment right against self incrimination TWICE last year while being investigated for the scandal.  We’d love to become more involved in politics, but under your administration we’ve been persecuted by the federal government when we try.

There are some things that I will not negotiate on, because they’re non-negotiable issues to me.  That doesn’t make me “polarizing”, that makes me “steadfast” about a polarizing issue.

So, Mr. President, don’t blame us.  We’ve tried doing all that you suggested, but have been beaten up, ridiculed and abused by your administration at every turn.  Now we’re just hopeful for the change that’s on the horizon.

← Learning to vote-From the Bible
Does God Want Us To Be Dependable? →

One Comment on “Dear Mr. President, Don’t Blame Me”