The story of Jesus dealing with the adulterous woman in John 8 is one of the more misunderstood and misapplied passages in the New Testament, especially in our society today.

John 8:3-11  The scribes and the Pharisees brought a woman who had been caught in adultery, and placing her in the midst they said to him, “Teacher, this woman has been caught in the act of adultery. Now in the Law Moses commanded us to stone such women. So what do you say?” This they said to test him, that they might have some charge to bring against him. Jesus bent down and wrote with his finger on the ground. And as they continued to ask him, he stood up and said to them, “Let him who is without sin among you be the first to throw a stone at her.” And once more he bent down and wrote on the ground. But when they heard it, they went away one by one, beginning with the older ones, and Jesus was left alone with the woman standing before him. Jesus stood up and said to her, “Woman, where are they? Has no one condemned you?” She said, “No one, Lord.” And Jesus said, “Neither do I condemn you; go, and from now on sin no more.” 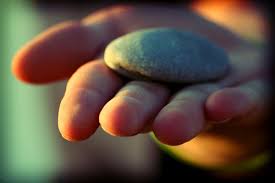 With that in mind, we have to realize what Jesus didn’t do in John 8.

And it’s important to note what Jesus DID do in John 8.

The word “condemn” in John 8:10-11 is the Greek word katakrinō (Strongs G2632).  And that word doesn’t mean to judge or determine guilt and innocence, it carries the idea of passing sentence on someone.  Look at how the word katakrinō is used in these passages…

In Mark 14 and Matthew 20 the word katakrinō isn’t about determining guilt or innocence, it’s about sentencing Jesus to death-about deciding that He should die.

And in John 8 look at how the word katakrinō is used.  When everyone had left Jesus asked the woman if anyone had condemned (katakrinō) her and she said, “No.”  The woman had obviously been JUDGED and determined to be guilty….The men had caught her in the act of adultery.  And Jesus DOES judge the woman….He told her to “go and sin no more”.  In telling the woman to stop sinning, he had JUDGED her guilty of sin.  But Jesus and the woman were in agreement that no one had condemned (katakrinō–sentenced) her.

This is important because so many people in the world today turn to John 8 in an effort to say that since Jesus didn’t pass judgment on the adulterous woman, no one today is qualified to pass judgment on sin either.  But that’s not what happened.

Jesus did judge the adulterous woman in John 8.  But He didn’t sentence her to death.

So why didn’t Jesus sentence the woman to death?

First, we have to remember that Jesus told the men to stone the woman.  He never tried to circumvent the law from the Old Testament, He just suggested that the men without sin should be the first to cast stones at her.

And we have to also remember that if the men had started stoning the woman, Jesus would have been compelled to join in and help (Deuteronomy 17).

So the notion that Jesus somehow found a loophole to set the woman free or ignored her sin is just plain silly.  He told the men to stone her.

But what did Deuteronomy 17 say about how the stoning should happen?  The hand of the witnesses shall be first against him to put him to death.

After the scribes and Pharisees left, Jesus couldn’t have stoned the woman because the witnesses had to be the first to stone her.

In John 8 an adulterous woman was brought to Jesus.  Jesus told the witnesses to her sin to stone her.  But Jesus refused to let the scribes and Pharisees manipulate Him and suggested that the sinless among them cast the first stones.  After the witnesses left, Jesus couldn’t sentence the woman to death without them.  BUT JESUS JUDGED HER (he told her to stop sinning).

Understanding what really happened in John 8 gives us a better understanding of Jesus’ attitude toward sin, compared to how the world often contorts the story in an effort to avoid judgement in their own lives.

And an understanding of passages like John 8 will help us to share our faith with the lost, in a world that seems determined to avoid judgment at every turn.

This post is part of a series on Challenges To Our Faith.  You can see the landing page for the series and links to all of the posts here.

If you found this post useful, you can share it by clicking the links below.  To receive links to new posts by email, enter your email in the “subscribe” box on this page.