The latest Batman comic is taking on social issues like never before, depicting Batman rescuing a black teenager from white cops about to gun him down.

Let that sink in for just a minute.  Yes, it was hard for me to believe too.  When I first read about it I just sat in slack-jawed astonishment……They’re still making Batman comic books?!?!?!?

There will be a whole new consciousness of police brutality among the comics’ readership now. And we all know how that “unemployed, mid-30s, still-living-with-their-parents” demographic is about their social issues.  I mean, I bet there’ll be tens, maybe even DOZENS of people contemplating the ripple effects of gentrification on inner-city youth.

The irony of Batman, the Über-rich white guy who, rather than rebuilding schools, setting up safe day care centers for the children of working single mothers or providing small business loans to stimulate the local economy, spends his nights cracking skulls, running from the police and crashing through town in a car with a jet engine strapped to the back…..The irony of THAT GUY taking on social injustice is just rich (pun intended).

If the writers want their issue to be taken seriously, here’s a thought……Don’t publish your serious issue in a COMIC BOOK.

Ain’t nobody got time for that.  If people want to hear thoughtful insights on the real issues that are plaguing our nation they go to www.imagiver.com, not comic books.  Comic books are the funny papers for people who don’t appreciate the art of brevity, not forums for social change.

I’ve never read a Batman comic book (I was too busy having a life), but they can’t be any good.  How do I know?  Because I’ve watched TWO Batman movies in my life and only one was any good. The rest were just creepy.  And those movies had budgets of millions of dollars for acting and special effects and allegedly-cool belt gadgets.  So I’m pretty sure the comic strip wasn’t worth my time. 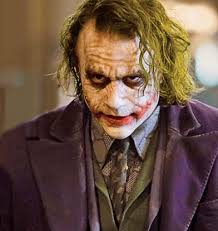 And just for the record, the “good” Batman movie was only worth watching because Heath Ledger did such a good job as The Joker.

How does the script read?  “Hey kids, this is Flying-Mouse-Man here.  I just finished fighting, but yet again failed to conquer, a clown.  And before I rush off to fight, but fail to conquer, a villain modeled after a flightless bird, I want to talk to you about police brutality.”

Give me a break Batman writers.  Keep drawing cartoons and leave the critical thinking to the grown-ups, because evidently it’s a bit more than you’re ready for.